The cast and crew of “The Glory” have dished on the upcoming drama!

“The Glory” will tell the story of a former victim of brutal school violence who swears revenge on her bullies after becoming the elementary school homeroom teacher of her bully’s kid. Song Hye Kyo, who previously worked together with “The Glory” writer Kim Eun Sook on the hit drama “Descendants of the Sun,” will be starring as the vengeful protagonist Moon Dong Eun, while Lee Do Hyun will be playing the complicated male lead Joo Yeo Jung. 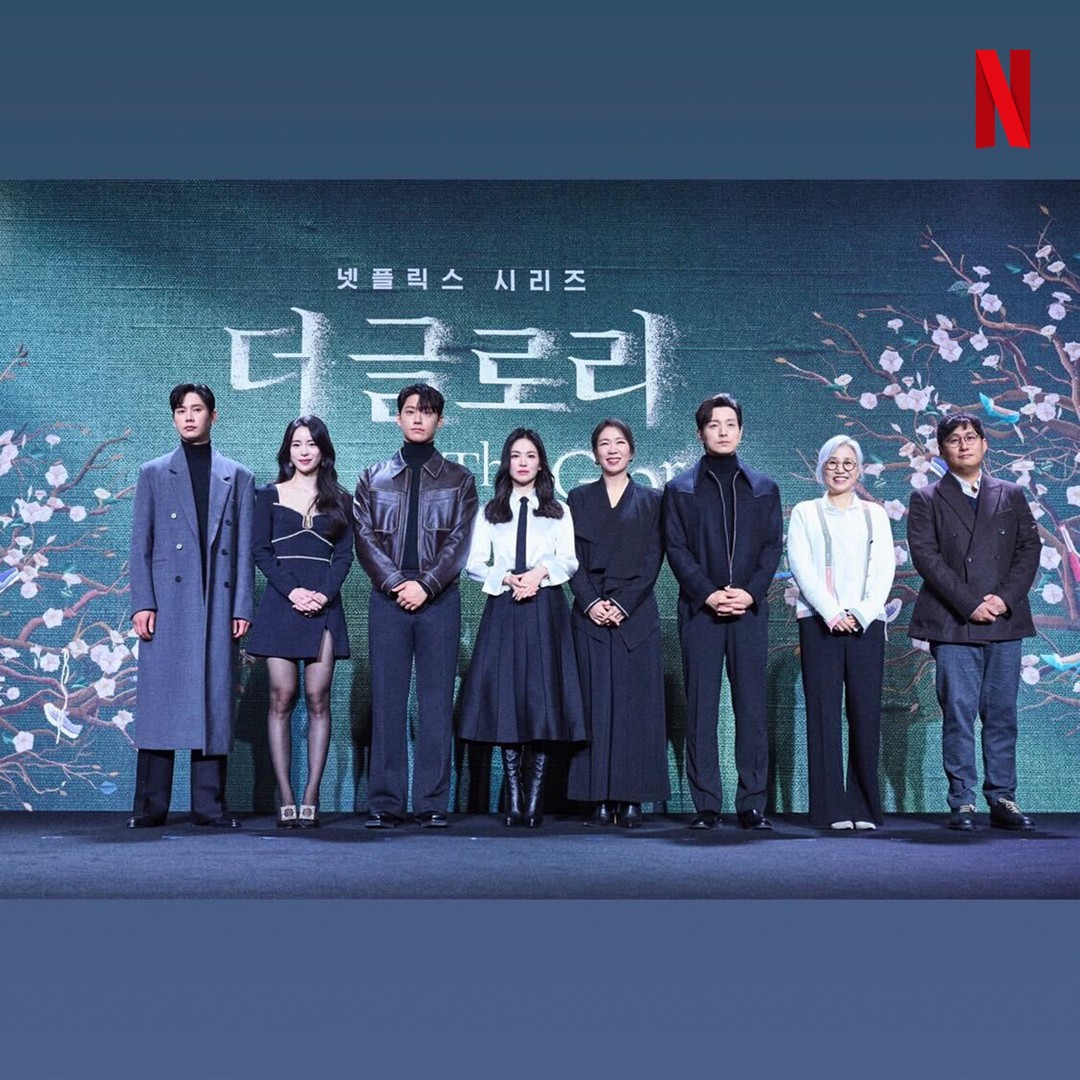 Sharing how the drama came to be, writer Kim Eun Sook explained, “I’m a parent with a daughter going into 11th grade the day after tomorrow. School violence is a topic that hits close to home for me.” She shared that her daughter had shocked her one day with the question, “Would you be more hurt if I beat someone to death, or was beaten to death?” Kim Eun Sook continued, “In a short time, I had a lot of ideas so I turned on my computer. That’s how [the drama] began.”

Kim Eun Sook also shared that while deciding on the drama’s title, she read a lot of posts by victims of school violence who typically asked for sincere apologies rather than actual compensation. She explained, “In this tough world, I wondered what there was to gain from a sincere apology. [I realized] It’s not [about] gaining something, but rather getting it back. In the moment of violence, you lose things you cannot see, such as dignity, honor, and glory. I thought that you had to get that apology to return to one’s starting point so I made the title ‘The Glory.’ It’s my encouragement to victims like Dong Eun, Hyun Nam [Yeom Hye Ran], and Yeo Jung.”

Song Hye Kyo chose the writer and the director as her first reason for choosing to star in “The Glory” and added, “When I read the script, it was a genre and character that I had really been wanting to try.” Lee Do Hyun shared, “I read the script quickly and became so curious. There were a lot of points I was curious about regarding what kind of character Yeo Jung was.”

Lim Ji Yeon commented, “It was a shock when I first read the script. I read while deeply immersed and thinking, ‘What on earth is this?’ At the same time as I thought ‘As expected of writer Kim Eun Sook,’ it was also so new and refreshing to the point where I wondered, ‘Is this really a script written by [Kim Eun Sook]?” 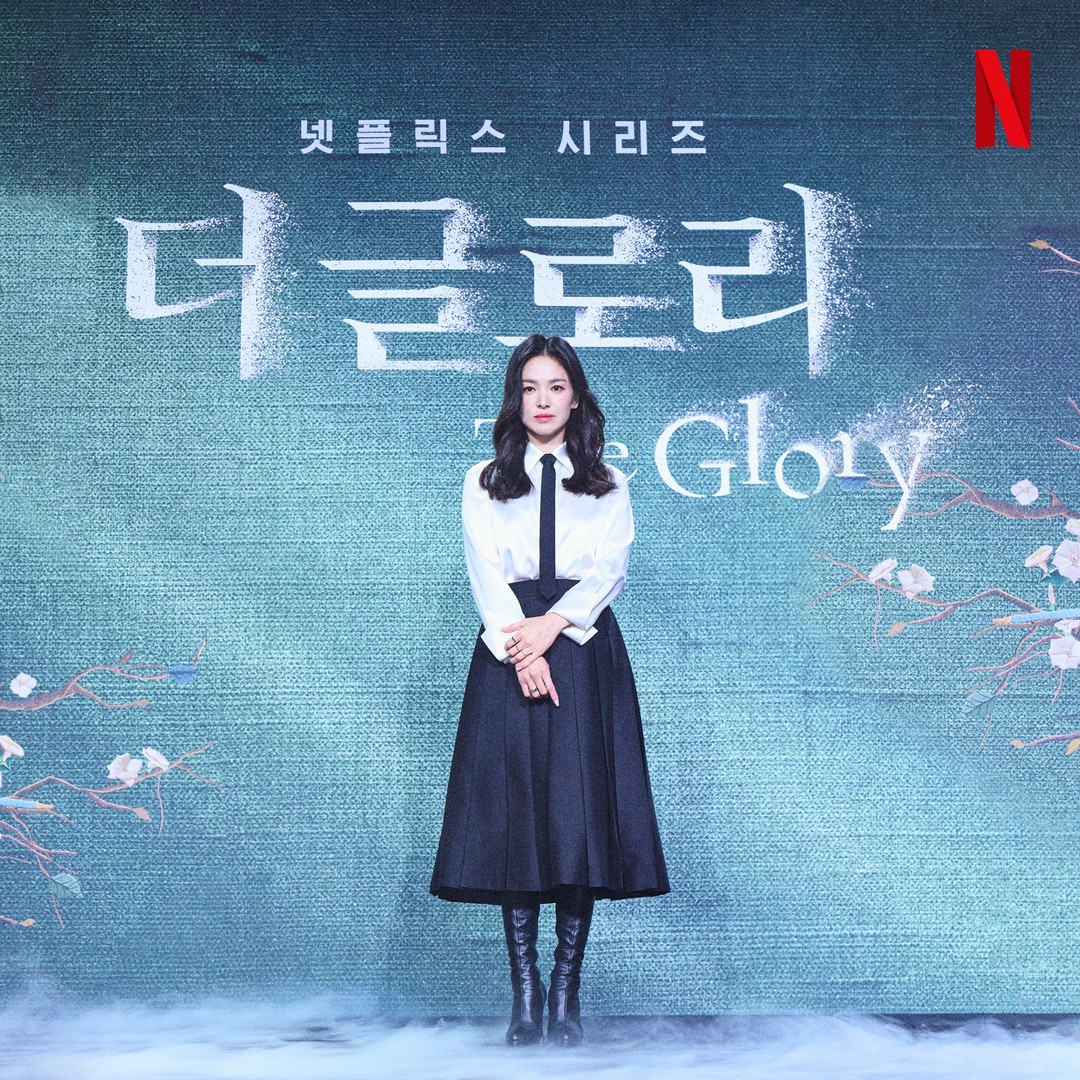 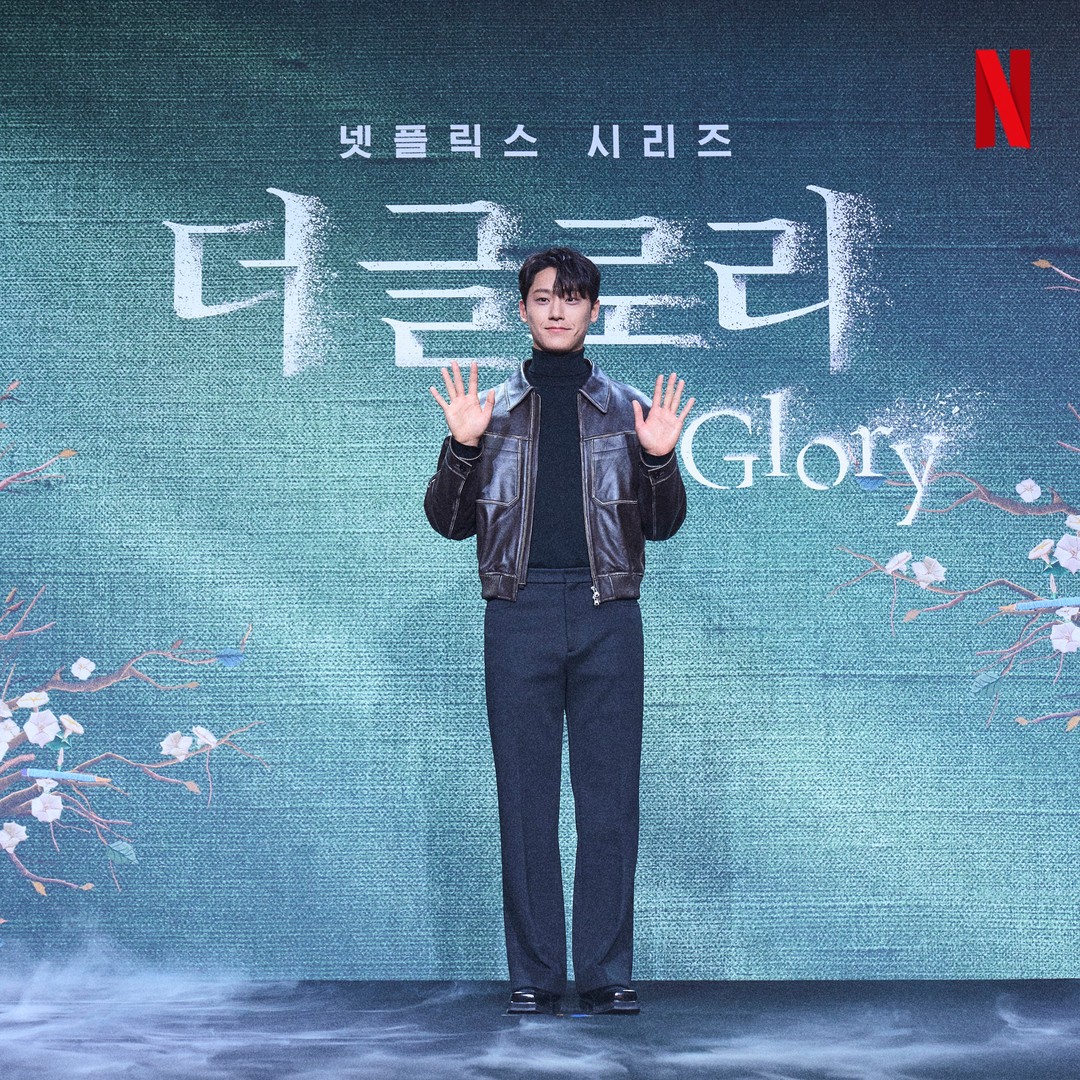 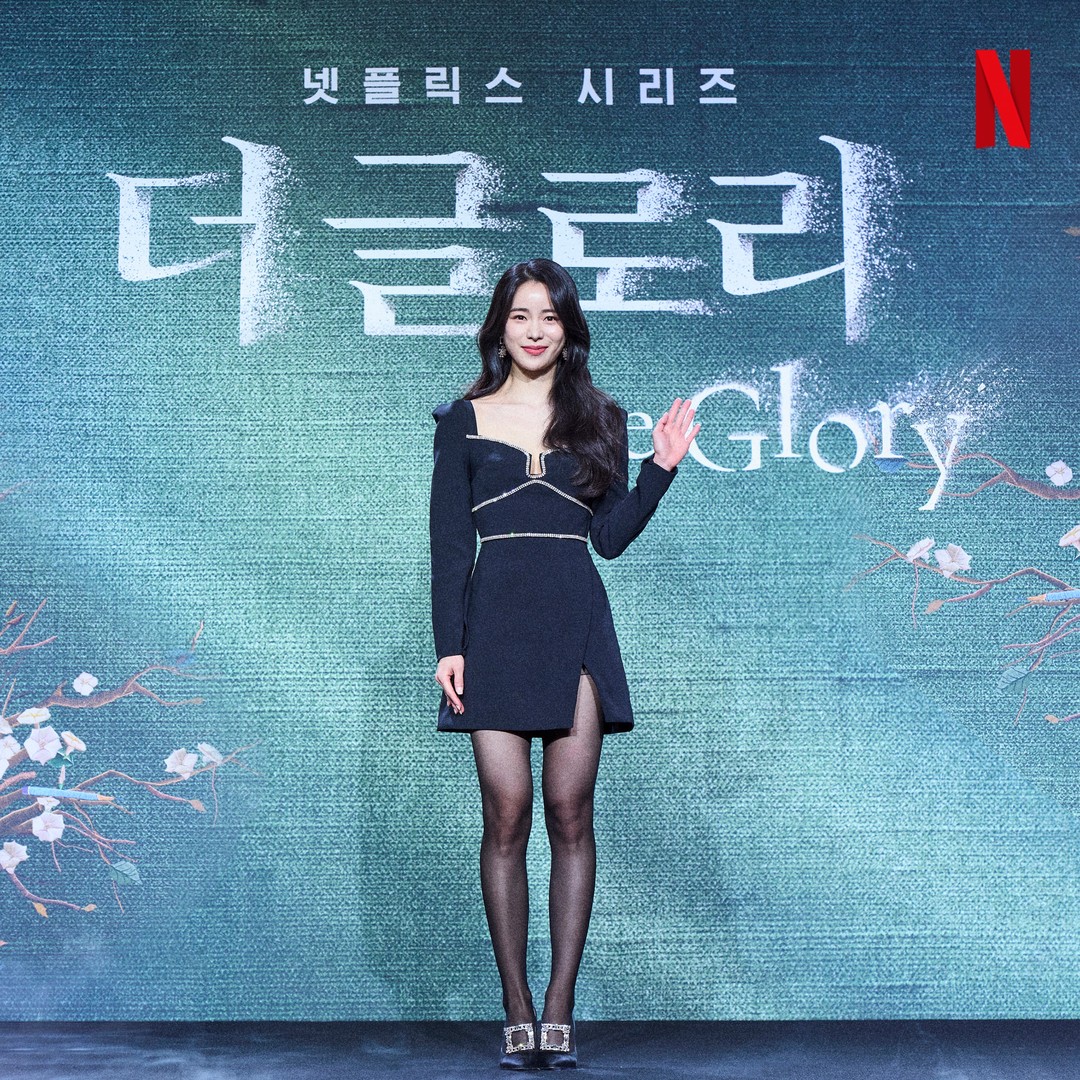 Song Hye Kyo commented of her character, “Moon Dong Eun is a woman with a broken soul who has a lot of hurt and wounds from childhood school violence. She’s a character who isn’t protected by anyone, including her school, her parents, or the police. She chooses death but then wonders, ‘Why do only I have to die?’ From that moment on, she plans desperate revenge out of the thought that those who tormented her must be punished too.”

Director Ahn Gil Ho described Song Hye Kyo’s synchronization with Moon Dong Eun as over 120 percent, and Kim Eun Sook chimed in to say it was 121 percent, revealing that she got goosebumps while watching the actress’s first cut. She made everyone laugh as she added, “[I thought,] I better not become enemies with this person. I’m taking her calls well, before they ring twice. You’ll understand when you watch.”

On his character, Lee Do Hyun commented, “Yeo Jung is a plastic surgeon who grew up like a flower in a greenhouse. Although he’s bright, a completely different image exists on the other side. Depending on how much I expressed, the focus of the story that followed changed slightly. I adjusted the levels [of emotion while acting], trying it out aggressively and simply.”

Lim Ji Yeon will be portraying a villain for the first time and shared, “Yeon Jin is a central figure who tormented Dong Eun in high school. There wasn’t a specific reason. Once she was born, the world was already on Yeon Jin’s side. After living loudly in a wealthy environment without being jealous of anyone, she gets married and has a child, but later learns that Dong Eun has been hired as her daughter’s homeroom teacher.”

While wondering why her villain character acted the way she did, Lim Ji Yeon revealed her conclusion was that Yeon Jin just didn’t know anything. “She grew up in an environment where she did not know why it was bad to hurt someone, could have anything she wanted, and never had to put in the effort. She’s a character who doesn’t know how to feel guilty or apologetic about hurting someone.”

Yeom Hye Ran portrays Kang Hyun Nam, who “has endured domestic violence for a long time, but makes an important decision after seeing that violence escalate to her daughter.” Park Sung Hoon described his character Jeon Jae Joon as “a character with power who stands out wherever he goes.” He added, “He’s a character who’s close to alcohol, women, gambling, and violence, but despite all that, his wealth accumulates each and every day. Then, he falls into the trap planned by victim Dong Eun.”

Jung Dong Il shares, “[My character] Ha Do Young is someone who’s perfect in every way. He has wealth, honor, and power.” However, once he finds out that his wife Yeon Jin was a former perpetrator of school violence, he’s faced with a big crack in his perfect life and gets stuck at a crossroads. 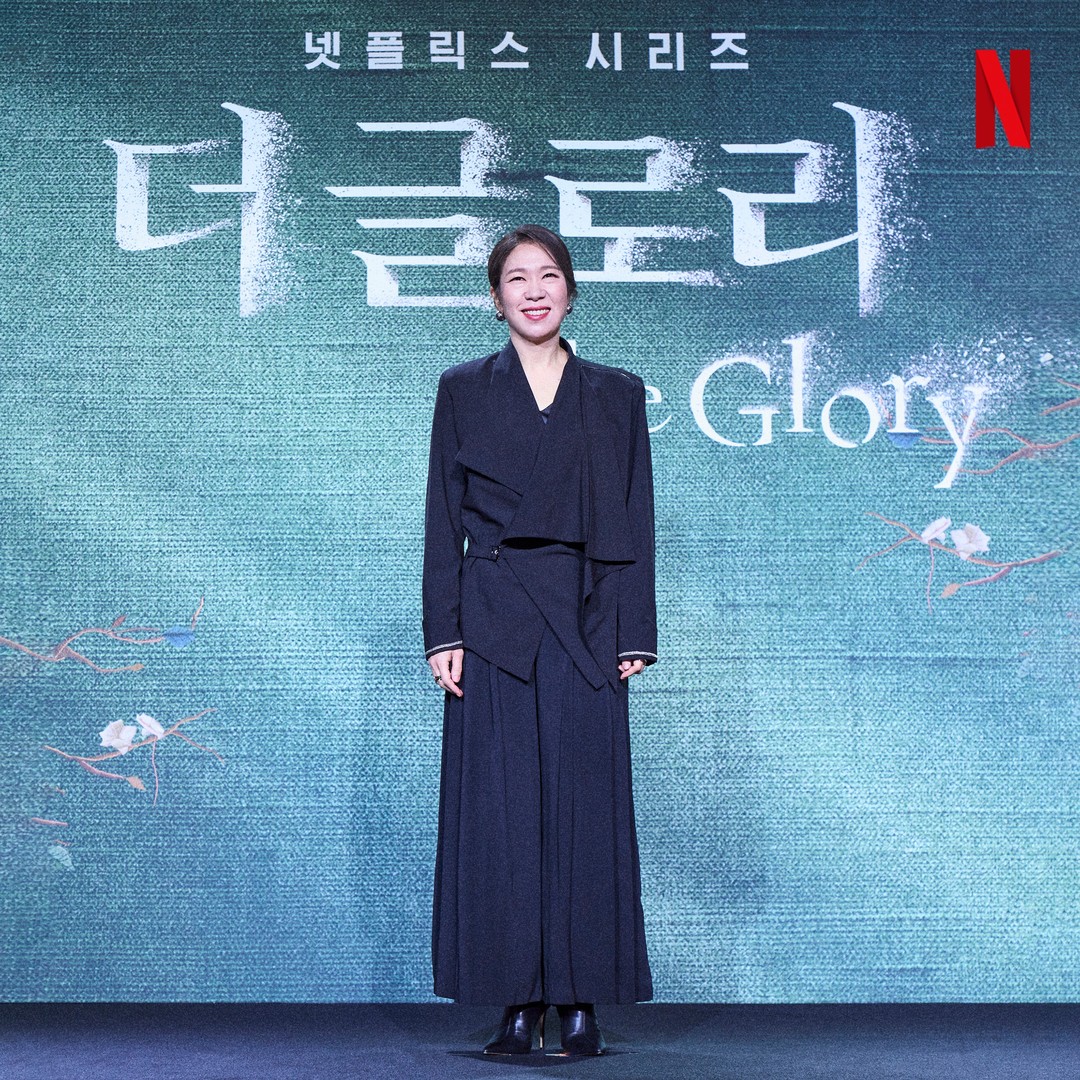 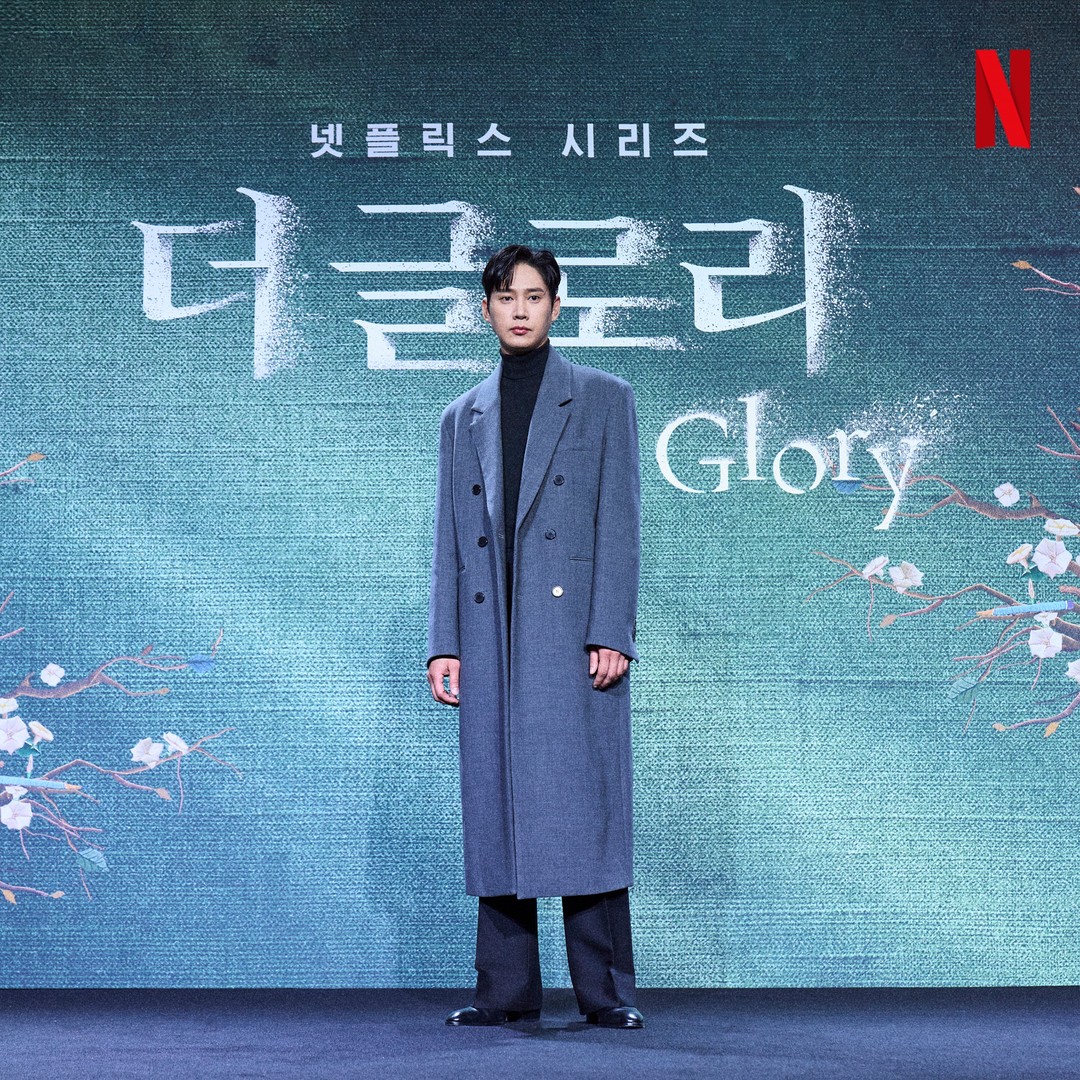 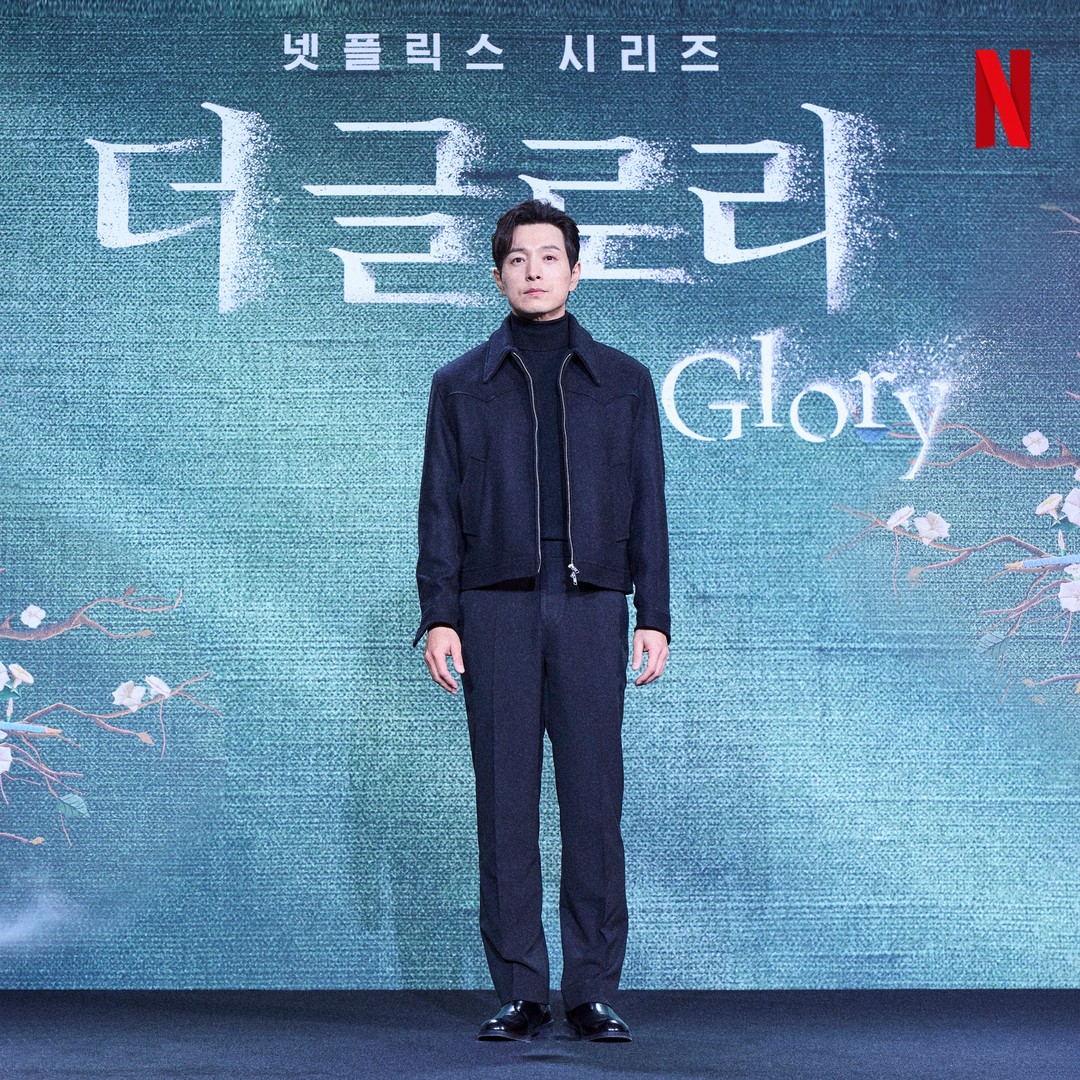 “The Glory” will have an age rating of 19+, of which Kim Eun Sook shared, “The reason we made it 19+ is because there is verbal abuse and the school violence story is extreme, but also because it’s a story about choosing private revenge, and not revenge within the judicial system. Since we are in a position that does not support private revenge, we thought that the philosophy of Dong Eun had to be 19+. I believe that adults who can judge well should watch this project.”

“The Glory” will drop all eight episodes of Part 1 on December 30, while eight additional episodes will be released for Part 2 in March.