The “Soul-Searching Duo” In “Missing: The Other Side 2” Is Interesting, Featuring Go Soo And Heo Joon Ho

New posters for “Missing: The Other Side 2” have been revealed!

Mystery fantasy drama “Missing: The Other Side” is set in a village inhabited by the souls of people who went missing while they were alive. There, a group of people search for missing bodies and try to discover what happened to each of them. After two years, “Missing: The Other Side” is returning for a second season with Go Soo, Heo Joon Ho, Ahn So Hee, and more reprising their roles.

The new posters feature the “soul-searching duo” comprised of Kim Wook (Go Soo) and Jang Pan Seok (Heo Joon Ho) and show off the great chemistry that has carried over from the first season. One poster shows the two of them as they move to a new spirit village. Above the duo reads, “Comeback of the pair that sees souls?!”

Kim Wook can’t take his eyes off the shining protective tree ahead of him, smiling joyfully at the marvelous sight while looking to be at complete ease. Meanwhile, Jang Pan Seok can’t seem to hide his embarrassment as he stands frozen in place. The pair’s vastly contrasting reactions to the new village are sure to make viewers even more curious about the adventures they will go on. 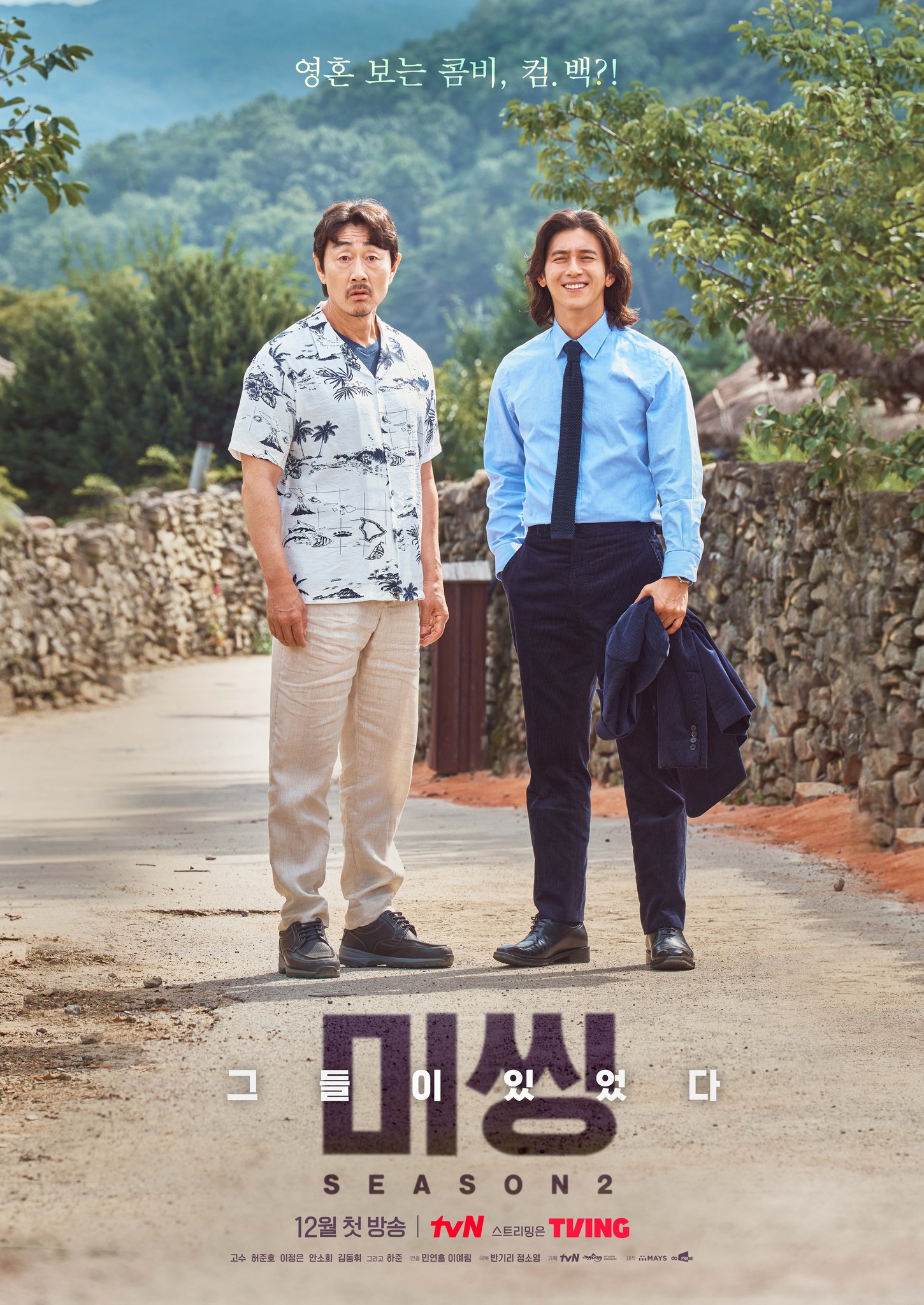 The other poster shows off the bromance between the “soul-searching duo” as Jang Pan Seok throws an arm around Kim Wook’s shoulders while they sit under the protective tree. They look up with intrigue and the caption states, “Why do we see it again…?!” Even though they appear as completely different types of people, as made even more clear by their different choices in wardrobe, it’s exciting to think about how they will come together in the next season. 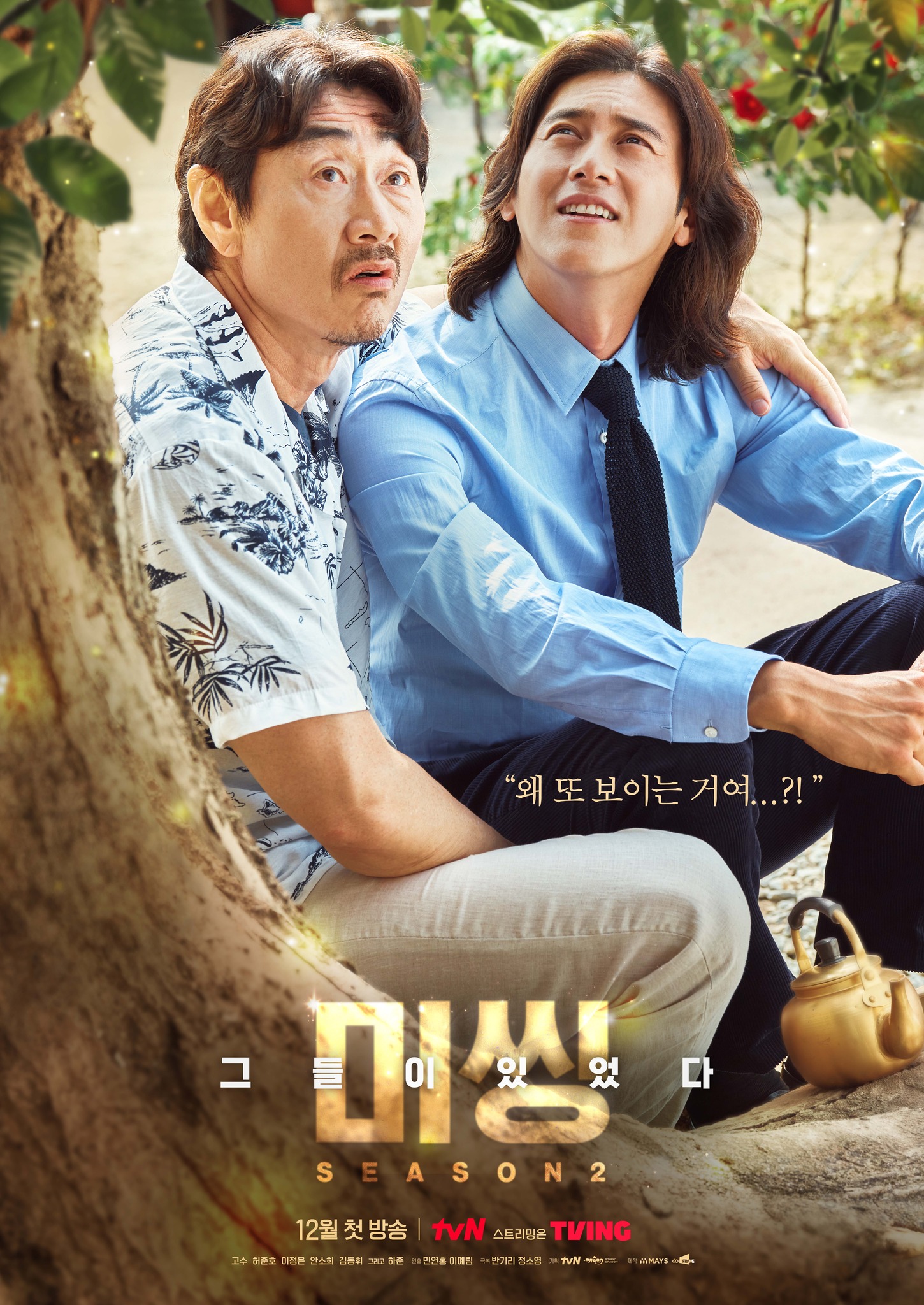