In the special poster for “Summer Strike,” Seolhyun and Im Siwan stroll through the lovely alleys of Angok Village.

Based on a popular webtoon of the same name, “Summer Strike” is a heartwarming romance drama about people who decide to quit their current lifestyles in the busy city and move to a small town to do nothing, where they’re ultimately able to find themselves. Im Siwan plays Ahn Dae Bum, who is living a life full of unanswered questions as he works as a librarian in a small seaside village named Angok. Seolhyun takes on the role of Lee Yeo Reum, who becomes a full-time employee at the company she has been working at for five years but eventually declares a strike on her own life, quits her job, and just takes one backpack to Angok, where she lives in an empty billiards room.

In the first and second episodes that aired earlier this week, Lee Yeo Reum quit her company due to burnout and came to Angok Village. Yeo Reum, who has only been looking after others and not herself, declared a break from her everyday life and decided to live a completely different life, making viewers relate by feeling vicarious pleasure. Angok Village’s librarian Ahn Dae Bum was often misunderstood by Lee Yeo Reum because he does not talk much, but his innocent gestures made Lee Yeo Reum smile.

In the midst of this, the production team of “Summer Strike” released a special poster, previewing the heartwarming chemistry between Lee Yeo Reum and Ahn Dae Bum, which will start in earnest from episode 3. In the poster, Yeo Reum and Dae Bum are together in Angok Village. Yeo Reum is in an alley lined with flowerpots, and Dae Bum is walking by the shore with a backdrop of beautiful mountains and a beach. The appearance of the two who are stretching out their legs as if they are doing a high five with their feet draws viewers’ attention. In adddition, large commas that surround the two add to the charm of the special poster. 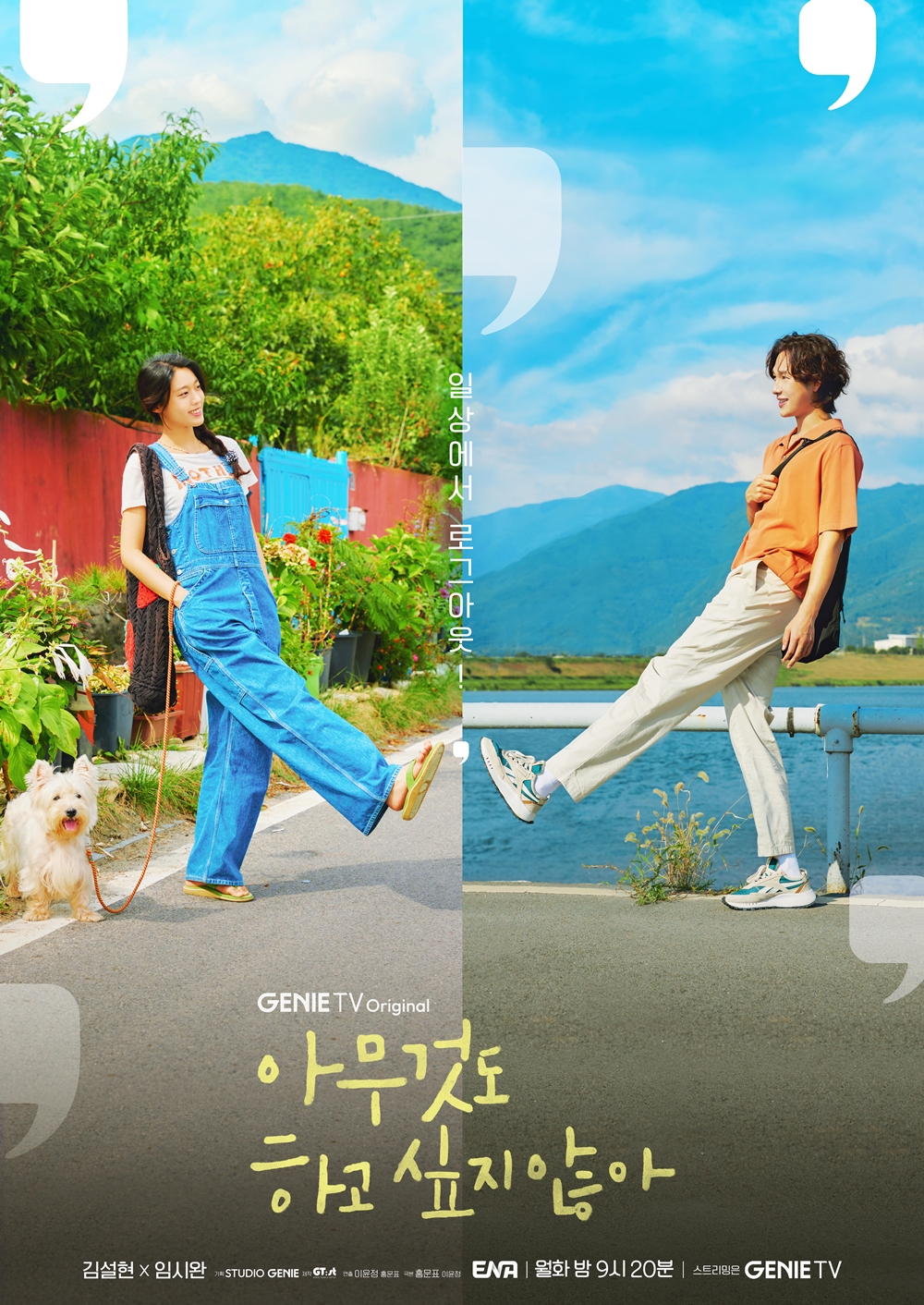 Episode 3 of “Summer Strike” airs on November 28 at 9:20 p.m. KST. The drama is available on Viki with subtitles.