In “Good Job,” Jung Il Woo Surprisingly Comes Back To Take Over As CEO With Yuri By His Side.

Jung Il Woo will need to step up to save Eunkang Group in “Good Job”!

ENA’s “Good Job” is a mystery romance drama starring Jung Il Woo as Eun Sun Woo, a chaebol heir who leads a double life as a detective, and Girls’ Generation’s Yuri as Don Se Ra, a woman with superhuman vision.

Last week’s episode ended dramatically with Eun Sun Woo, who had faked his death, appearing in front of Eunkang Group’s Board of Directors before getting the CEO position taken from him by vice-chairman Kang Wan Soo (Jo Young Jin). With the bold entrance of Eun Sun Woo, Don Se Ra, and Chief Hong (Lee Joon Hyuk), the board members were left shocked and confused, as if they had seen a ghost.

While pretending to be dead, Eun Sun Woo was able to take time and figure out exactly who his enemies are as well as their intentions, making viewers excited to see what kind of revenge he will take against the board members.

The new stills show Eun Sun Woo confidently taking over the empty seat reserved for the chairman. Now that he’s where he belongs, Eun Sun Woo takes a long, piercing look at all the board members around the room. Additionally, Don Se Ra is able to boldly stand with Eun Sun Woo as Kang Tae Joon (Yoon Sun Woo) has now discovered that she’s on his side. 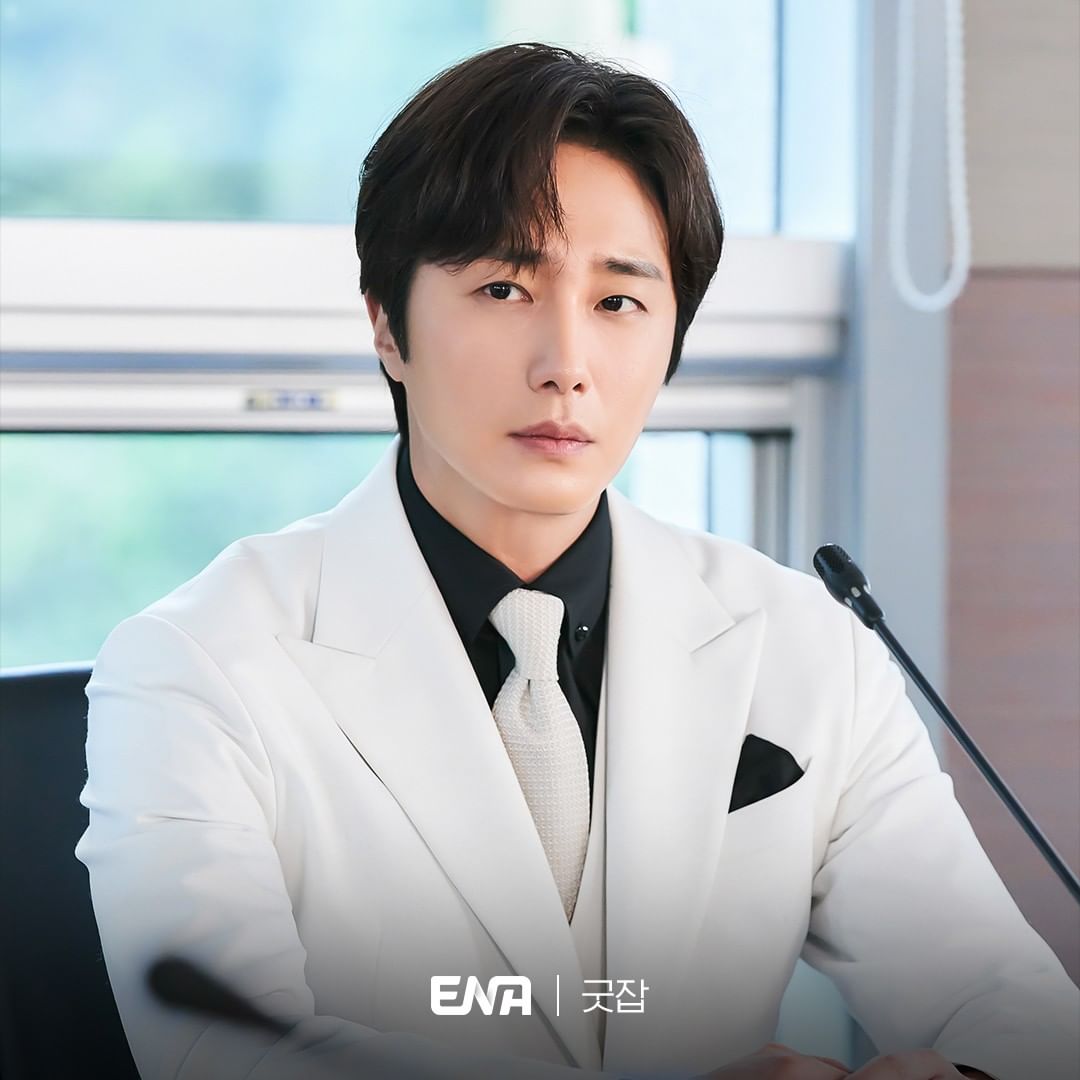 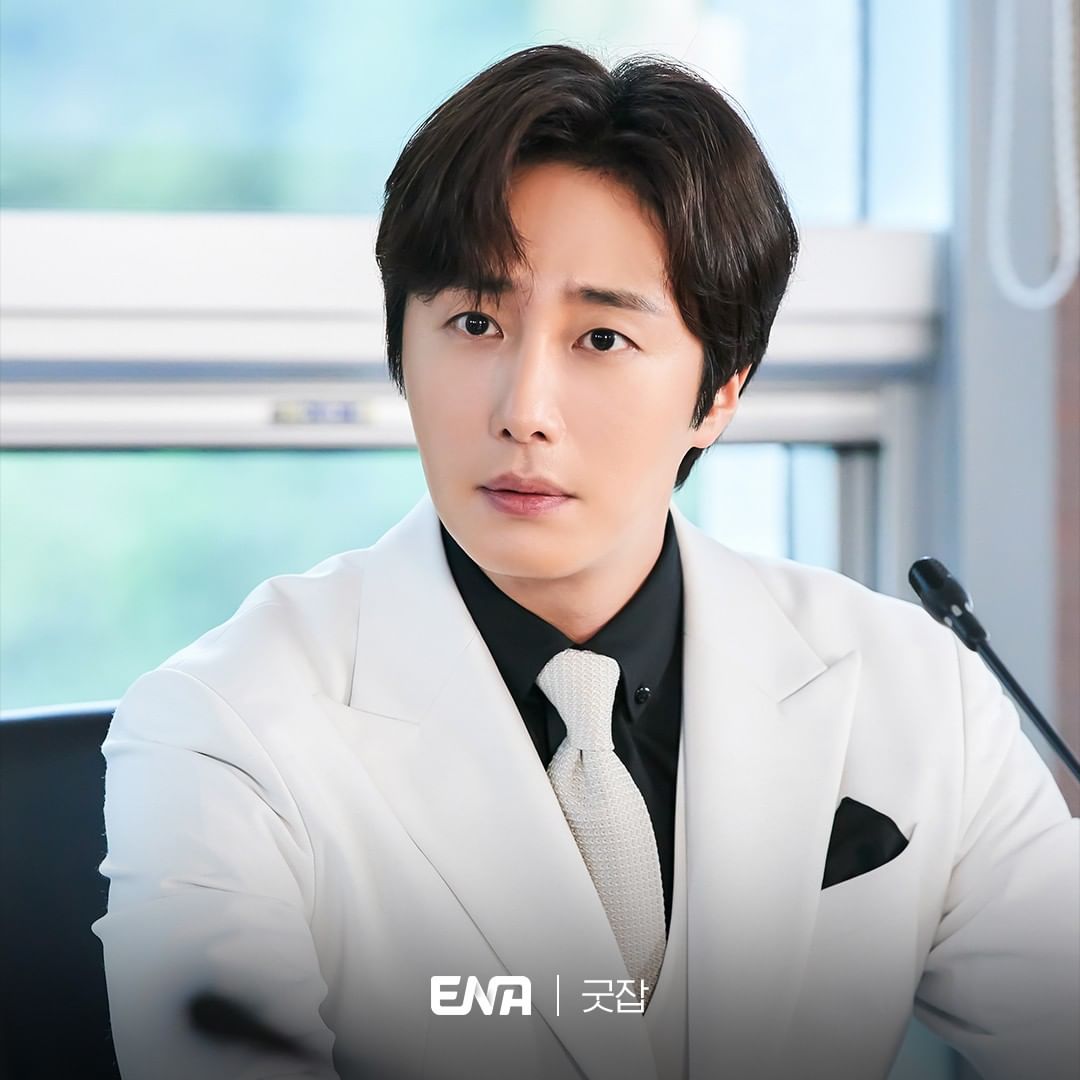 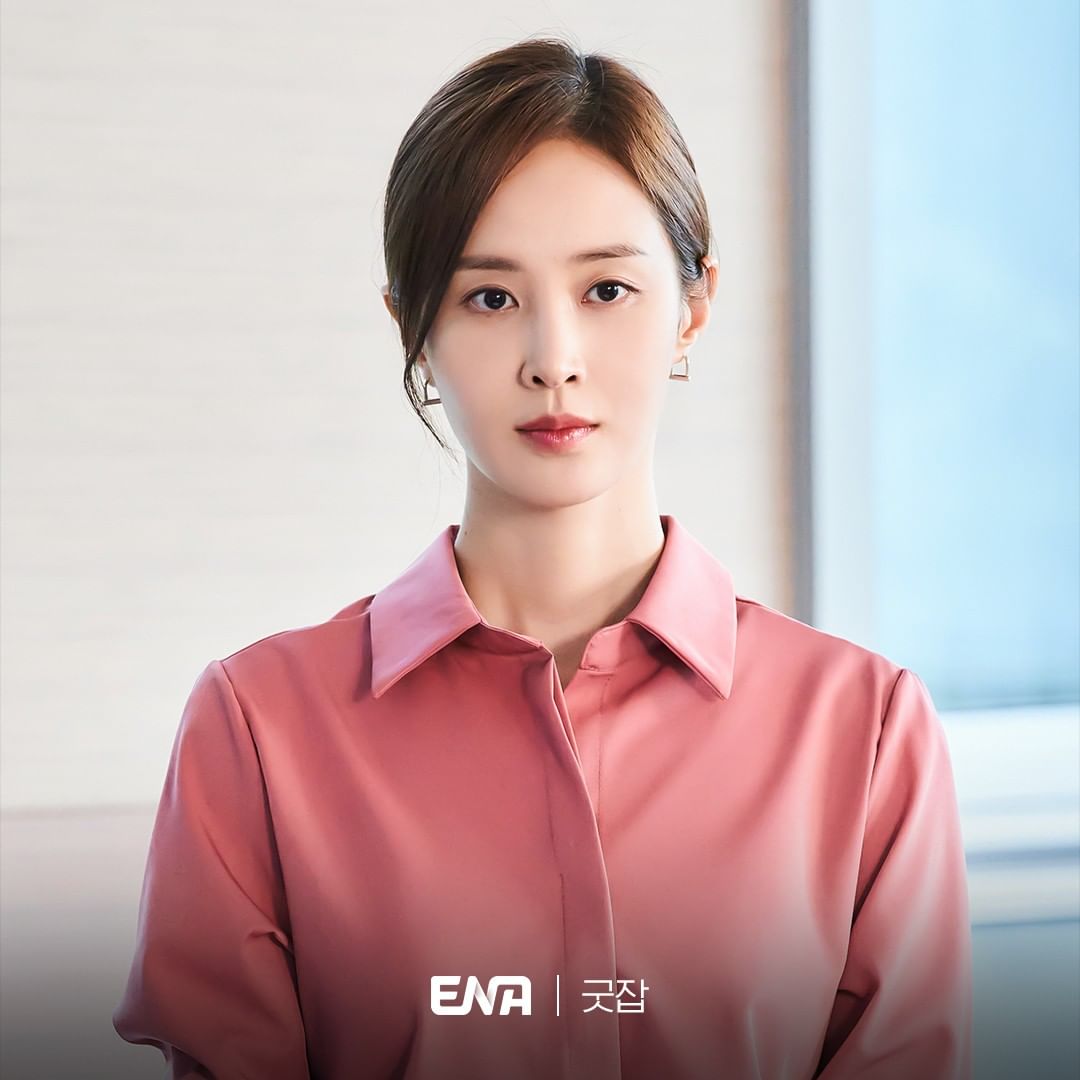 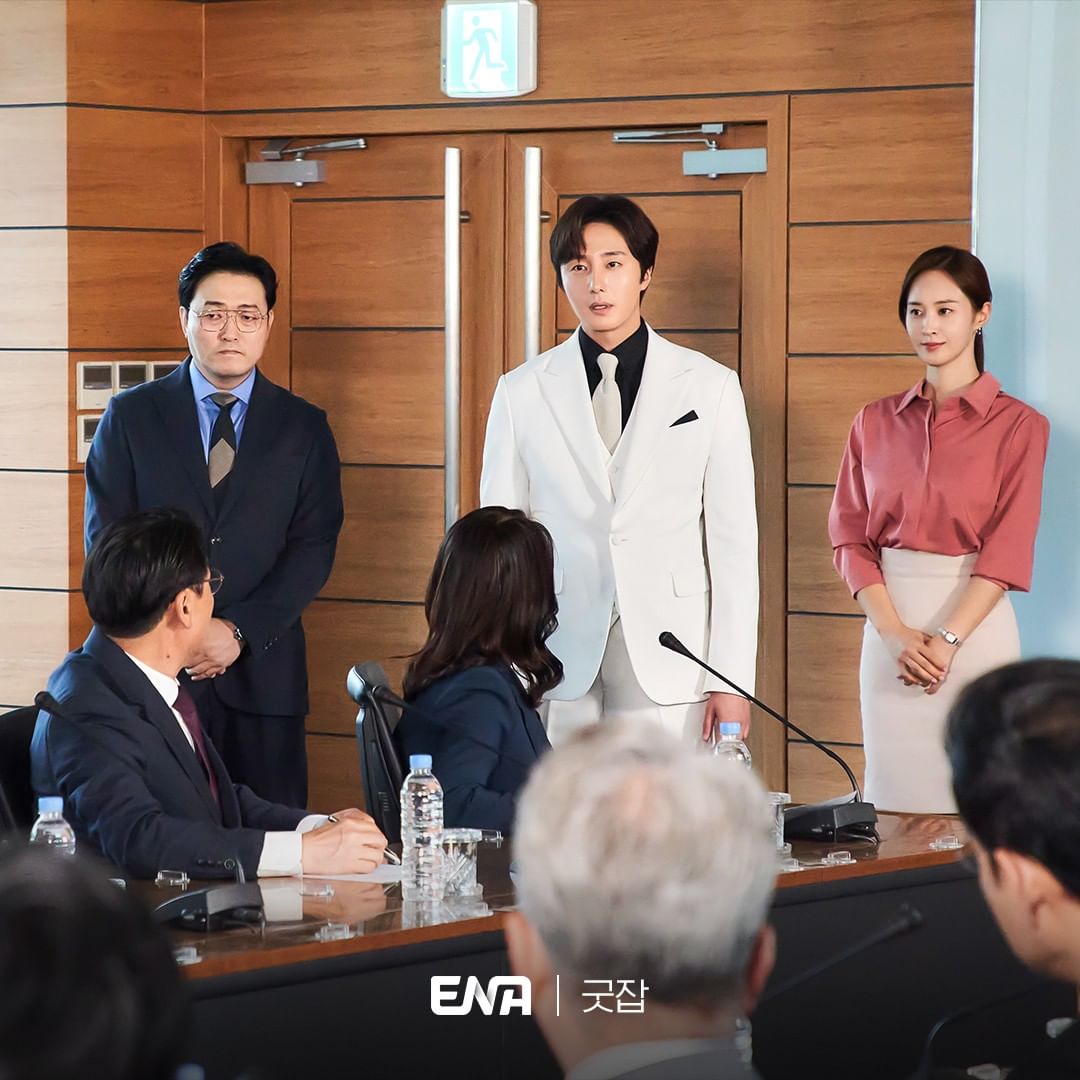 On the other hand, Kang Wan Soo and Kang Tae Joon look surprised, flustered, and angry. With Eun Sun Woo gone, Kang Wan Soo had planned to latch onto the empty chairman position. The next episode will showcase what excuses he’ll have in this unexpected situation and how the board members will respond to him. 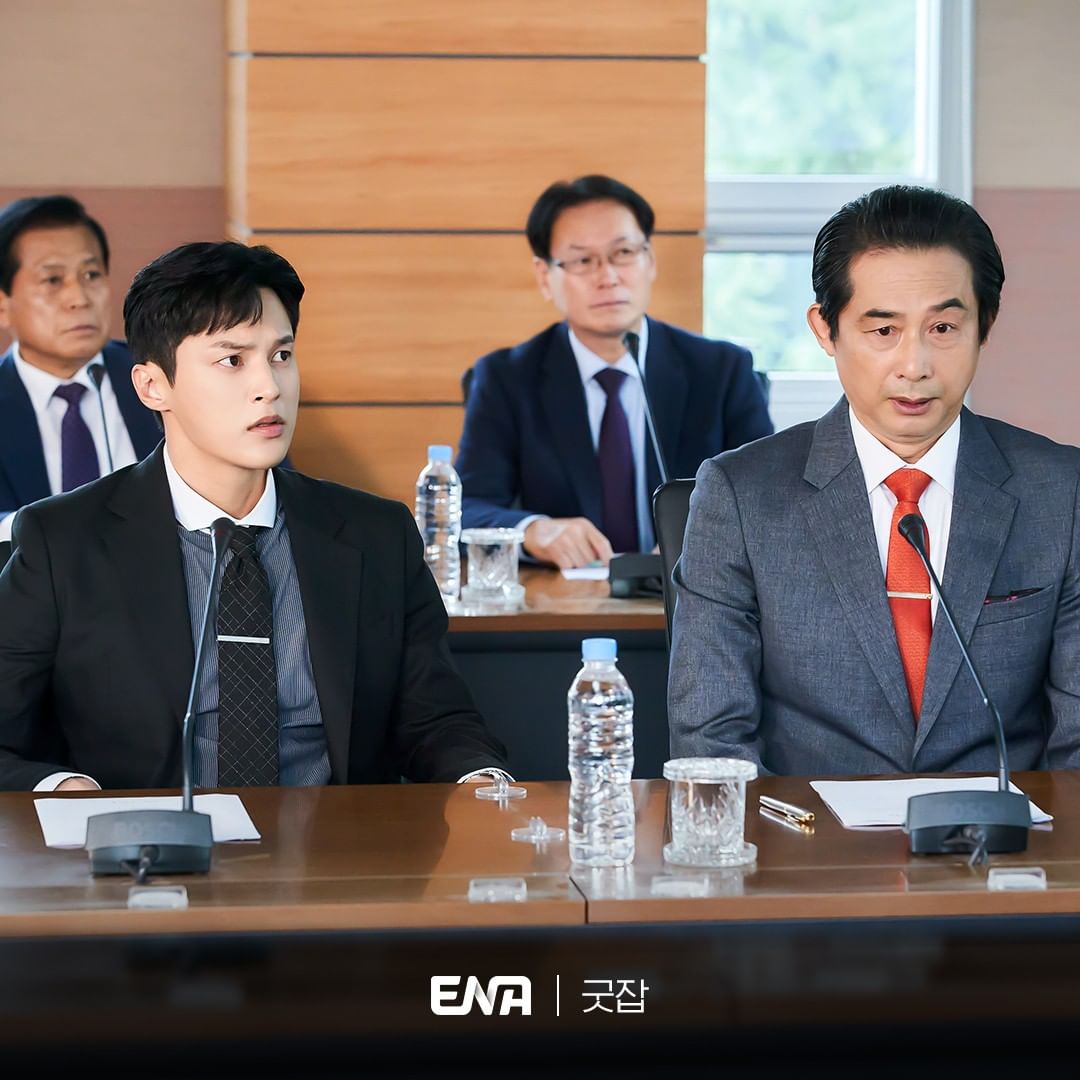 In the last photo, the board members raise their hands as they take a vote for something. Now that Eun Sun Woo is back, alive, and well, how will the Board of Directors change their agenda and what were the members voting on? 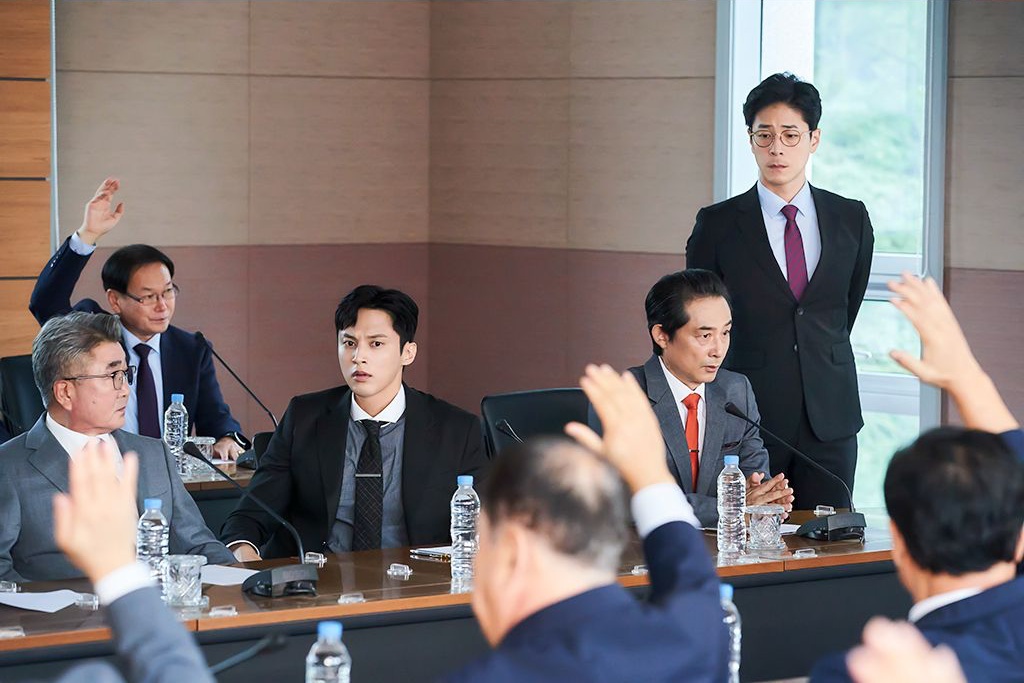 Representatives of “Good Job” shared, “In Episode 9, Eun Sun Woo’s fight to protect Eunkang Group will begin. We hope that you look forward to seeing what Eun Sun Woo will do now that he’s shown up after disappearing and waiting for the right timing. Also, a key point is Don Se Ra’s activity within the company as she joins president Eun Sun Woo and becomes his strength.”