Upper Moon 4 Hantengu is the demon assigned with the mission to destroy the Blacksmith village along with Gyokko, thus dealing a heavy blow to the demon slayer legion. With his almost immortal body, he is one of the most annoying demons to deal with. He further splits into six different demons, each with its unique traits and personalities. Here, we’ve gathered everything about Hantengu’s power and abilities. 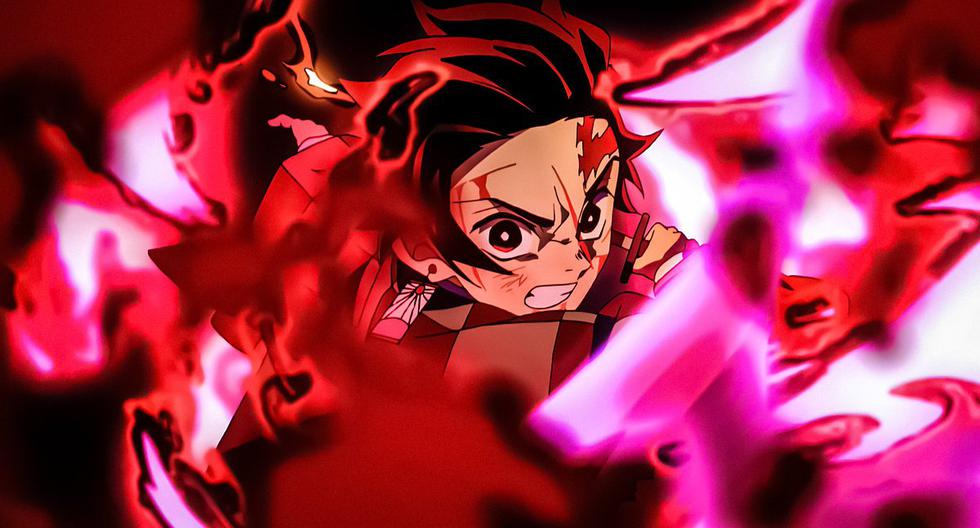 Hantengu is more than just a supporting villain in the Blacksmith’s bow section. He showed his loyalty to Muzan until the very end and relayed information about Nezuko’s ability to resist the sun just before his death. In other words, he started the final match between Hashiras and Muzan over Nezuko. If Tanjiro is a little late in correctly identifying Hantengu’s true body, then Love Hashira Kanroji will be in serious trouble. 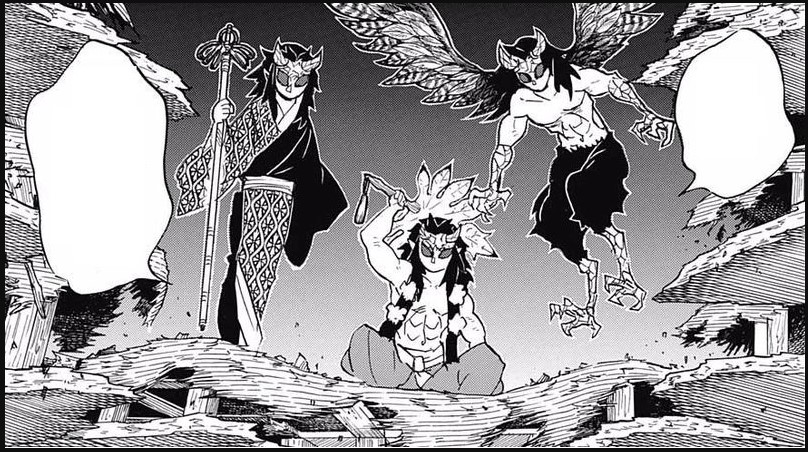 Hantengu was even evil in his human period and committed many serious crimes. He robbed and killed people without showing any hesitation, yet he bluntly declared himself innocent. This trait gets worse after he turns into a demon, and he continuously denies his crimes even after eating everyone’s points. After many years, he was finally arrested for his crimes and sentenced to death.

Muzan Kibutsuji, the demon lord, found him imprisoned in a cell and turned him into a demon. The first thing he does with his new powers is killing the official who imprisoned him. In his dying moment, the official cursed that he would one day be punished for his sins, which finally came true. Don’t be deceived by Hantengu’s weak and trembling appearance; he’s extremely troublesome to deal with. He possesses the unique Blood Demon art to split into different clones of himself every time he is split in half. In addition, he is extremely durable as neither Genya’s bullet nor Tanjiro’s chipped sword can penetrate the back of his neck. Here, we have listed the strength and abilities of each of his clones. 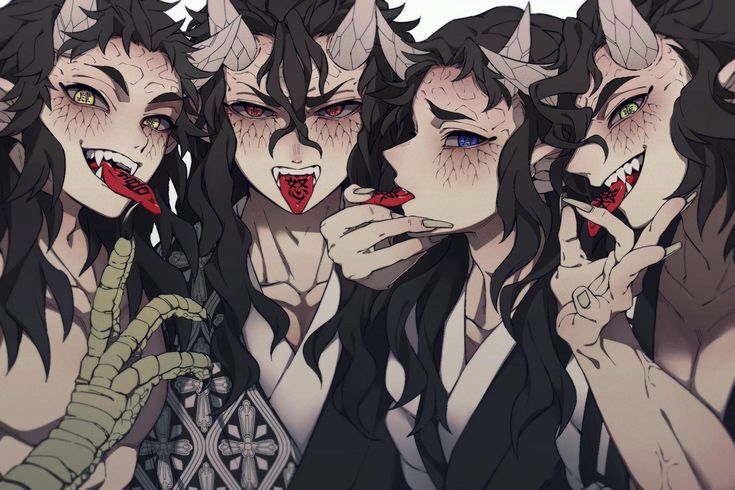 Sekido’s Blood Demon art allows him to generate enormous amounts of electricity in the form of Khakkhara or thunder. This ability goes well with his explosive nature, and he never gives up on his opponents. His attacks have a broad area effect and can paralyze anyone within its range. However, a drawback of his technique is that his lightning cannot pass through the body parts of other clones. 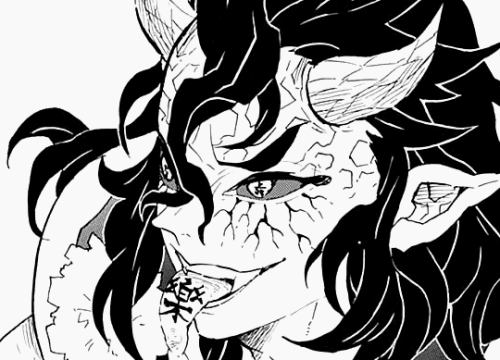 Karaku embodies Hantengu’s laziness and is the most laid-back or relaxed of all his clones. We know he is the strongest of all the clones from the fact that he ripped off Nezuko’s arm with his bare hands. Coming to his Blood Demon art, he can create strong winds with his maple-shaped Uchiwa. He blew Muichiro away with a single swing of his weapon. However, as a downside, the same technique was used against him when Nezuko got her hands on Uchiwa. 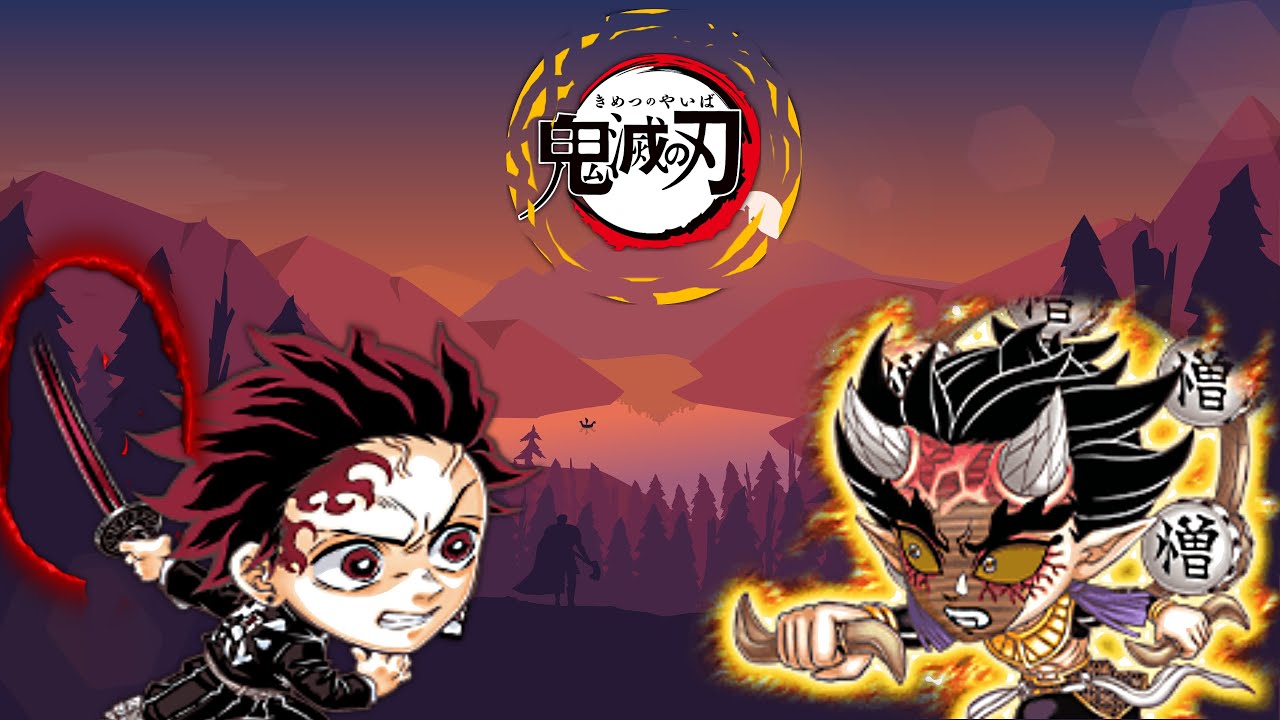 Zehakuten’s aura was more than enough to kill any normal human. He made Tanjiro suffocate and his chest ache excruciatingly with just one look. Additionally, he has full control over the flora around him, thanks to his Blood Demon arts. He can trap anyone in a forest by manipulating his wood and using the same technique to attack his opponents.